Cystinosis United is a place for resources and support to help patients, caregivers, and others learn more about cystinosis. It’s part of our commitment to provide ongoing help to people affected by cystinosis and to connect them to the cystinosis community.

Take advantage of these tools and resources to help everyone in the family understand cystinosis better. They are full of information and can be helpful to people of all ages. Teachers and nurses can also use these to educate children in classrooms or doctors’ offices. 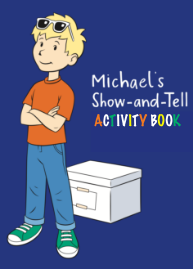 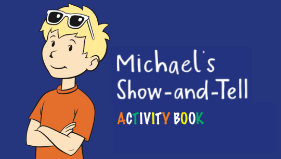 This activity book is filled with fun things for kids to do while they read and learn what it’s like for Michael to live with cystinosis. It’s a great way to start a conversation with children to help them understand cystinosis. 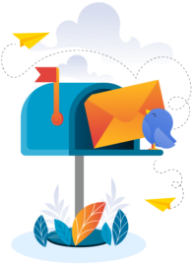 Get Michael’s Show-and-Tell Activity Book in the mail

The conversation about cystinosis is one that you, your child, and your family will continue to have for many years to come. Having a bound copy of Michael’s Show-and-Tell Activity Book handy can help keep the conversation going.

Wasn’t it fun reading Michael’s Show-and-Tell Activity Book and learning about cystinosis? Now you know a lot about Michael and how cystinosis affects him. Take a few minutes and see how much you remember with this interactive quiz.

You are not alone. The resources below may help you meet others living with cystinosis, learn about advocacy programs, explain what cystinosis is, and much more.

CRN is an all-volunteer, nonprofit organization dedicated to supporting and advocating for research, providing family assistance, and educating the public and medical communities about cystinosis.

CRF supports research that aims to improve the quality of life of patients with cystinosis, find better treatments, and ultimately find a cure.

The Cystinosis Foundation of New Jersey is a nonprofit advocacy organization devoted to increasing awareness of cystinosis and funding medical research related to treating and curing those with the condition.

Global Genes is a nonprofit advocacy organization for patients and families fighting rare and genetic diseases, including cystinosis. Its mission is to eliminate the challenges of rare disease.

NORD is a patient advocacy organization dedicated to people with rare diseases and the groups that help them. NORD provides patients and families with advocacy information, assistance programs, and connections to patient organizations.

An independent kidney patient organization, AAKP is dedicated to improving the lives and outcomes of kidney patients through education, advocacy, patient engagement, and patient communities.

DPC is a patient-led, nonprofit organization dedicated to improving dialysis patients' quality of life by advocating for favorable public policy.

Miracle Flights is a nonprofit health and welfare organization providing financial assistance for medical flights so that seriously ill children may receive life-altering, life-saving medical care and second opinions from experts and specialists throughout the United States.

Our commitment to the cystinosis community

At Horizon, we’ve dedicated our careers to helping people with rare diseases such as cystinosis. Every day, we strive to better understand the disease and learn from the community in order to work together to find new ways to support people and families impacted by cystinosis.

Hear from members of our team about their commitment to people with cystinosis and those who care for them.

Discover the many ways Horizon has supported people with cystinosis in Committed to the Cystinosis Community.

Sometimes medical terms can be tough to understand. But learning the words used to talk about cystinosis may help you be clear with doctors, family, and friends. This glossary is a great place to start.

Understand the terms you may hear related to cystinosis

Amino acid: A building block of proteins used in every cell to help the body grow.

Cystine: The amino acid that builds up inside of cells when a person has cystinosis.

Cystine-depleting therapy (CDT): A treatment that works to reduce the buildup of cystine in cells. Learn how taking a CDT as prescribed may help keep cystine levels low around the clock.

Cystine level test: A blood test that measures the amount of cystine in white blood cells at a given time. There are two tests that can measure cystine levels: mixed leukocytes and granulocytes.

Dialysis: A medical treatment to clean the blood when the kidneys do not work as they should.

Granulocyte: A type of white blood cell that is collected in a blood sample during cystine level testing.

Hypothyroidism: A condition in which the thyroid gland is unable to make enough thyroid hormone, causing the body to not work like it should. Common symptoms include, but are not limited to, slowed growth, tiredness, and weight gain.

Immune system: A group of cells that protect the body against attacks by germs.

Infertility: Inability to cause pregnancy (for men) or inability to get pregnant (for women). Women of childbearing age with cystinosis may become pregnant.

Kidney transplant: A surgery to place a healthy kidney from a donor into the body of a person with failing kidneys.

Leukocytes: Commonly referred to as white blood cells; a collection of cells that help the body fight infections. One of the two available cystine level tests collects leukocytes in a blood sample.

Lysosome: The part of a cell that acts as a “recycling center” by breaking down proteins into amino acids. This is the part of the cell where cystine becomes trapped and builds up in people with cystinosis.

Myopathy: A disease that affects the muscles, making a person feel very weak.

Nephropathic cystinosis: Cystinosis of the kidney; often called classic infantile cystinosis because its symptoms usually appear within a child's first year of life. This is the most common (95% of all cases) and most severe form of cystinosis.

Photophobia: In patients with cystinosis, a buildup of cystine in the eyes may result in light sensitivity, or the eye's inability to tolerate light. It may also cause eye pain and severe headaches.

Rickets: Softening and weakening of bones in children, usually caused by a lack of vitamin D (phosphate) in the body.

Get information about living with cystinosis by email.